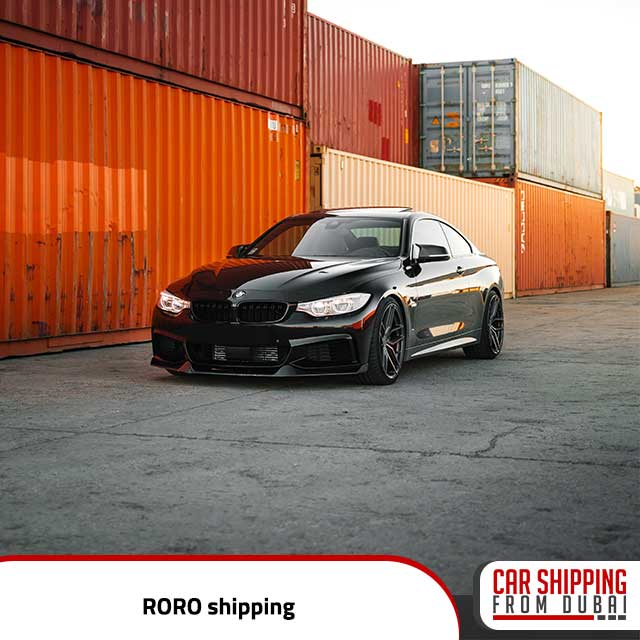 When this name falls on the ears, the listeners wonder what is RORO shipping and how is it done? You will find the full answer in the following lines.

What are Ro-Ro ships?

How is RORO shipped?

RORO cargo ships are equipped with equipment that allows these vehicles to be driven to and from the ship by their wheels. Or this is done by using other means of transport that enter through hatches often found in the stern of the ship, or the tailgate. These hatches can be front or side, allowing quick loading and unloading using hydraulic ramps to facilitate transport movement.

Loading and unloading are carried out by pushing and stopping (rolling) on-ramps equipped with ships or ports.

Ro-Ro ships differ from LO-LO (Lift On / Lift Off) ships in the way cargo is loaded and unloaded. LO-LO ships use winches to load and unload cargo.

LIMs are calculated by multiplying the length of the goods in meters by the number of decks and their width in the row. Class width varies from ship to ship.

There are different types of Ro-Ro vessels such as ferries, cruise ferries, cargo ships. The roller ships used to transport cars and trucks across oceans are known as Pure Car Carriers (PCC) and Pure Car and Truck Carriers (PCTC).

These ships can be military or civilian, but after World War, the warships were converted to serve as merchant ships to carry vehicles only and then were developed to carry passengers and cargo in containers.

The first roller ship was built in the nineteenth century AD and was equipped with rails to transport train cars across rivers. An example of such a ship is the Firth of Forth, which began operating in 1851. This ship was fitted with rails that could connect to those on land, so the train could roll into the ship and exit the other side easily.

Why RORO ships are the best?

There are several advantages that make RORO shipping the best for shipping cars and trucks, and we summarize these advantages in the following points:

Without a doubt, everyone wants to reduce their costs as much as possible, in terms of trade and shipping methods, so RORO shipping is the cheapest way to ship your car to anywhere in the world with us!

RORO ships were designed from scratch for use in transporting cars, boats, and any self-propelled or towing cargo. Container ships are designed to carry general cargo containers. There is absolutely nothing special about vehicles, all major auto manufacturers are using RORO shipping to distribute their new cars all over the world! So, you can rest assured knowing that manufacturers ship their vehicles from the production line to RORO ships. This shows the degree of safety in these ships, so they put their trust in them.

How to deal with cars inside ro-ro ships

Your vehicle will be treated with relatively less care on container ships. But here they drive the car on board, lock it in and drive it back out after it’s in the destination country.

There are some rumors circulating about RORO ships that cars are being shipped on deck. This is false, as the cars are loaded under the deck, in the hull of the ship, in complete safety in a completely weatherproof environment. There is no exposure to the elements, salty air, or water vapor, so your car is completely safe with us.

We offer car shipping services on Ro-Ro ships, which is one of the best ways to ship cars. We seek to facilitate the international movement of cars, freight, and logistics operations for its customers in the United Arab Emirates, the Arabian Gulf, the Middle East, and the world.

We are always working to provide the best car shipping and international transportation solutions for cars that meet the needs of our customers, whatever they are in terms of time, quality, and costs. We can carry out the right freight business, whatever it is around the world, and this requires knowledge, experience, flexibility, and creativity.

The best websites for selling cars in the UAE

Car shipping from Saudi Arabia to the UAE

What is RORO shipping and how is it done?

Car shipping from Dubai to Greece

Car shipping from UAE to Bahrain

Car shipping from the UAE to Lebanon